King has been scrutinized for his comments last week before a conservative group as he was attempting to justify his support for a ban on abortions without exceptions for rape and incest.  “You know who I am, you know what policies I’ve stood on, you know my work ethic, and all of you have known that whatever I told you, you could believe, and that I never equivocated, that caused some problems not equivocating. I never polished that up very well. I want you to know what I think because I don’t want to steal your time or your trust.”

King is hoping Republicans take over control of the House so illegal immigration can be properly addressed.  “It’s got to be fixed. I don’t believe it’s going to be fixed as long as Democrats are beneficiaries of this. They’re watching hundreds of thousands of undocumented Democrats poor across that border, and we’re letting it happen, and the president’s doing all he can, but we failed because we had weak leadership.”

Feenstra says he’d fight to curb non-stop spending in Congress.  “We have out-of-control spending in Congress…out of control. I look at my four children, they’re going to get hung with all this debt. We’re can get close to bankruptcy if our country doesn’t change the way they do it. Our economy is growing, we have to curb our spending and get balanced budgets, and I will shout from the mountaintops to make that happen.”

Richards says the Affordable Care Act needs to be addressed by Congress.  “In 2016, rank-and-file Republicans, Republican leaders told us ‘Give us the House back, give us the Senate, give us the White House and we’ll fix it’. Well, sadly we still have it. Good intentions or not, we’ve got to solve problems, we cannot keep kicking the can down the road on the Affordable Care Act, on repealing or replacing it, doing something better. We need real world solutions.”

Richards says the leadership lessons he learned while in the Army and experiencing hard choices he’s made as a business person make him the best candidate for the position. “We cannot keep kicking the can down the road on the budget. This is a serious national security matter and we don’t do anything about it. We’ve got to solve these problems.”

Taylor says he believes he can win more votes in the bigger counties in the district. “In Woodbury County on election night this last cycle, I won with 19,000 votes, about the same number as the governor. We lost the congressional seat by over 4,000 in my county. We lost in Webster, we lost in Boone, and we lost in many others, so that we only won by 3%, with a 70,000 voter registration advantage, and who was that victory eeked out over? The declared candidate right now, JD scholten, who was parading around the 4th District with a baseball and Bernie Sanders.”

Taylor says he’s tired of Democrats touting their socialist views while on the presidential campaign trail in Iowa. “Socialism is evil, and it’s time we said so.”

The four spoke at a joint Winnebago and Hancock County Republican Party dinner held at Waldorf University. You can listen to their speeches in full below. 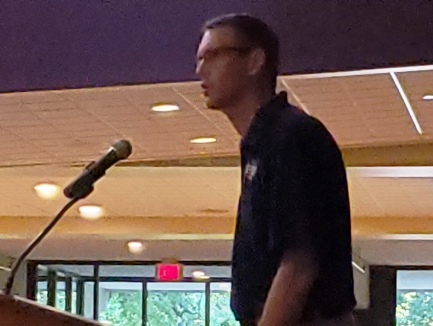 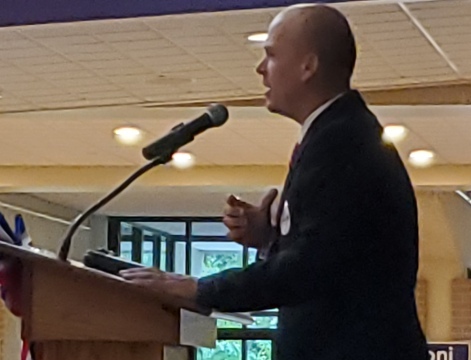 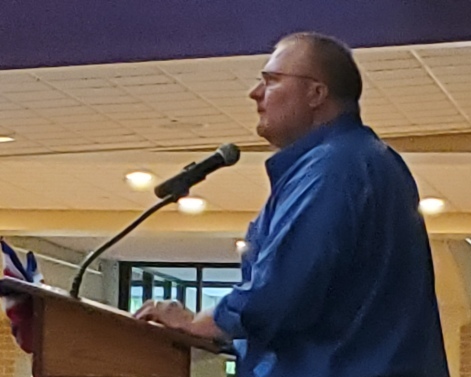