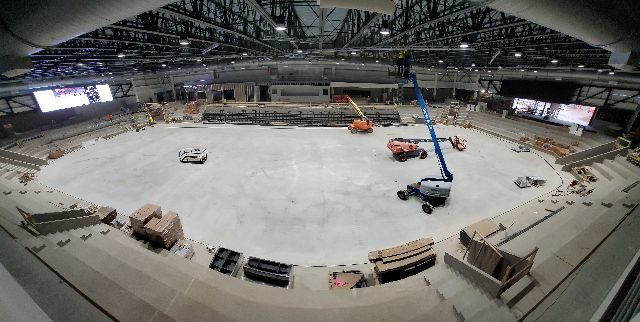 MASON CITY — The City Council in Mason City tonight is being asked to set November 5th as the date for a public hearing for the sublease agreement with Mason City Youth Hockey for the new multi-purpose arena as well as management services for the facility.

City Administrator Aaron Burnett says in a memo to the council that the fixed payment for the yearly lease and management fees is $81,000, with a ticket charge also being included based on actual ticket sales.

The agreement also includes language pertaining to several items including: insurance requirements; payments required for the space and management services provided by the new arena manager; approving signage and naming rights in the arena; and the operation of concessions.

The agreement is a five-year term with seven automatic extensions if notice of termination is not provided by either party, with the first term being for five-and-a-half years due to the partial season this year.

== The council will also consider awarding a contract to a Dubuque company for solar development services for the multi-purpose arena as well as the city’s wastewater treatment plant and airport.

Burnett says Blue Sky Solar submitted the most competitive proposal, which he says will likely provide over $2 million in savings over a 25-year period. Burnett says exploring the feasibility of solar power was identified as a priority by the council.

The council meets at 7 o’clock tonight in the Mason City Room of the Public Library.