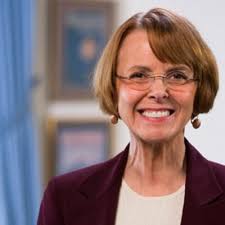 DES MOINES, Iowa (AP) — The attorney for a former Iowa official who sued the state for discrimination and won is seeking $4.1 million for fees and costs.

Roxanne Conlin represented Iowa Workers’ Compensation Commissioner Chris Godfrey in a case that took seven years to get to trial.

A jury last month awarded Godfrey $1.5 million after finding former Iowa Gov. Terry Branstad and a staffer discriminated against Godfrey in 2011 because he’s gay and retaliated against him by cutting his pay.

Conlin and a team of eight attorneys and several legal assistants worked on the case, which went to the Iowa Supreme Court twice.

Branstad’s lawyers haven’t submitted a bill for all fees yet but costs have neared $2 million and are expected to climb as they seek to have the verdict overturned and the case either dismissed or retried.

Iowa taxpayers will pay the judgment and attorney costs once a judge approves the totals.