Auditor: Iowa budget healthy but concerns on the horizon 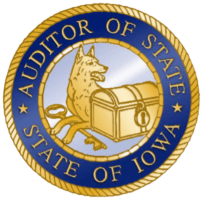 In his annual review of the state budget, Auditor Rob Sand said Thursday that federal tax changes made in 2017 gave Iowa’s budget a $188 million windfall for the 2019 fiscal year that ended June 30. He says the federal windfall accounts for about two-thirds of the estimated surplus for the current fiscal year.

He’s reminding lawmakers that by the 2025-2026 budget year the portion of the federal tax break that benefits Iowa will end. Iowa will need to have built a significant surplus to avoid problems.

Sand is presenting his budget review Thursday to legislative staff.

He also says the state is not following best budget practices by underfunding its portion of Medicaid costs. For the last several years lawmakers have had to provide additional money to fill the void.