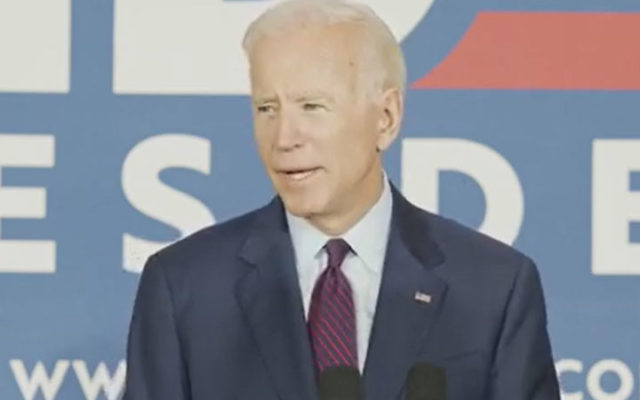 BURLINGTON — Former Vice President Joe Biden told a crowd in Burlington Wednesday President Trump has “fanned the flames of white supremacy” and Biden said there is “no evidence” the mass shootings in El Paso and Dayton have awakened Trump’s conscience.

“Indeed, we have a president with a toxic tongue who has publicly and apologetically  embraced the political strategy of hate, racism and division,” Biden said.

Trump’s rhetoric about an “invasion” at the southern border, Biden argued, is aligned with “the darkest forces in our nation.”

Biden decried phrases like “fake news” and said Trump’s words are giving cover and inspiration to despots in other countries.

“No matter how old or young you are, you’ve never seen anything like this in your lifetime,” Biden said in Burlington.

Earlier this year, Biden kicked off his third campaign for the presidency by arguing the race was about restoring the “soul of the nation” — a theme he repeated and amplified today in southeast Iowa.

“We can’t and I will not let this man be re-elected president of the United States of America,” Biden said, to extended cheers and applause.

Trump tweeted that he was watching Biden’s speech and called it “sooo boring.” Trump said if Biden becomes president “it will be one big crash” which Trump said would make China happy.

Biden’s speech to about 300 people in Burlington was the first event in his three-day campaign swing through Iowa.