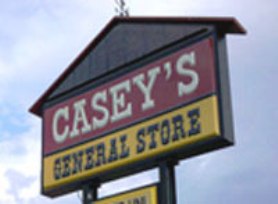 ANKENY — Ankeny-based Casey’s General Stores reported a 22 percent increase in earnings per share in the first quarter of this fiscal year compared to last year.

Casey’s president Darren Rebelez reported earnings of $2.30 a share compared to one-dollar, 90 cents a share one year ago. Part of the increase is credited to gas sales. “We experienced a favorable fuel margin environment — combined with our ability to leverage the implementation of fuel advantage — which is our fuel prize optimization tool,” according to Rebelez. “These factors enable us to achieve an average fuel margin of 24-point-four cents per gallon. Up nearly 400 basis points from the same period last year.”

The company’s gross profit on gas sales were up 22 percent — as total gallons for the quarter were up nearly three percent. Casey’s also saw an increase in take out food sales as it launched its app and new on-line system. “In the prepared food and fountain category — total sales were up five-point-three percent to 296 million dollars for the quarter. Same store sales were up one-point-six percent,” Rebelez says. “We anticipate acceleration in same store sales in the upcoming quarters as we gain traction from the launch of our new e-commerce platform and mobile app. As well as the upcoming launch of our loyalty program later this fiscal year.”

The company saw a 62-point-two percent margin on the sale of its prepared foods. He says the new on-line site is designed to increase sales. “This platform provides an enhanced guest experience by streamlining the ordering and checkout process and allowing the guest to pay on-line. In addition, the system automatically engages cross-sale opportunities to the guest during every order,” Rebelez says.

Rebelez says they have noticed an immediate impact from the mobile app on pizza purchases. “Currently over 28 percent of our pizza orders are transacted on-line — up from approximately 18 percent a year ago,” Rebelez says.

Casey’s now has 2161 stores. That includes 15 newly constructed stores, four stores that were purchased, and six stores that closed.