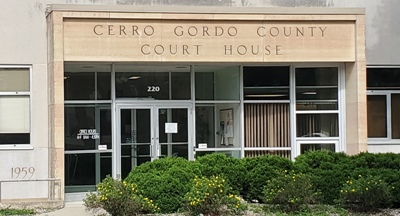 MASON CITY — The Cerro Gordo County Board of Supervisors on a split vote approved amending their policies for the continuation of health insurance for retiring employees and for elected officials leaving office.

The supervisors 20 years ago approved a program where certain retirees could obtain county-paid single health insurance, with the program being cut off for any non-bargaining employees hired after 2010 and union members hired after 2011.

The county’s director of administrative services Tom Meyer says if everybody took the program when they could, the max premiums in today’s dollars is $4.4 million over 30 years as the program runs out and winds down. Meyer says the county’s insurance broker says that could have a big impact in the future for the county. “His projections, based on if everybody takes the program when they can at the age they could, we’d probably have to address at some point not a normal premium increase but we have to address the increased claims that come with more people on the plan. Once again, those are variable, but we’re looking at 10 years down the road or more, but there would have to probably be some adjustments in how much money is going into the plan because we are self funded.”

Supervisor Casey Callanan says the insurance benefit is not self-sustaining.  “Our legal counsel represents about 60 counties. There’s not one county in the state of Iowa that has a legal benefit like this. It’s just not financially sustainable is what it comes down to, and the only way to address it is to have it sunset, raise taxes, cut services, pass the money on to our current employees that are on the plan. Right now we don’t require our employees, individuals, to contribute anything into health insurance. I looked at a million different options as to how to potentially make this viable, and I wasn’t able to find one.”

Callanan says as an elected official, he feels the supervisors have a fiduciary responsibility to the taxpayers. “They are the ones that are funding this. As badly as I feel for the employees that are just going to be miss out on this, unfortunately I feel worse for the taxpayers of Cerro Gordo County that are funding employees to be retired for up to seven years with a pretty rich benefit. This is not a knock on our employees, our employees work hard and do a good job. It’s not something that we started, but it’s something we need to address.”

Supervisor Tim Latham voted against the resolutions.  “I understand where Casey is coming from, I understand where the employees are coming from. I talked to a dozen easily and addressed another two dozen e-mails to people yesterday. This is probably one of the toughest things that’s come forward to us.”

Latham wanted to delay the board’s decision for two weeks to see if there was a better solution for all parties involved. “I know we’ve talked a lot about out, but I’d like to sit down — it does say we can kill it in 60 days, but I’m not looking to do that, but I’d like to maybe modify the program to make it more feasible. Maybe put half a dozen or a dozen people together that are going to be involved in this and maybe sit down and talk about it.”

Callanan and Chris Watts voted to approve resolutions to sunset the insurance policy, while Latham was the lone no vote.