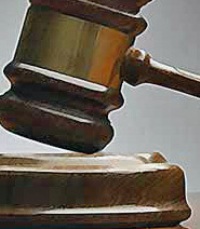 West was accused of ordering extra painkillers so he could use the leftovers. Prosecutors also say West reported several times that painkiller vials broke when he dropped his anesthesia kit at the Floyd County Medical Center in Charles City. Prosecutors say he actually stole the vials and used the painkillers himself.

Hospital officials who’d grown suspicious of West last year also checked a supply of painkiller vials and ampoules and found they’d been opened, the painkiller replaced with saline and then glued back together.

West faces ten years in prison on the tampering charge and four years on the drug charge when he’s sentenced at a later date.