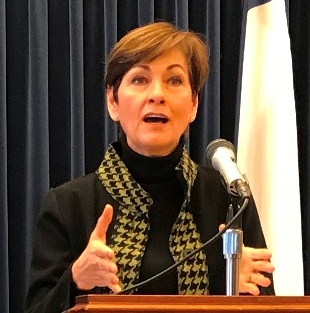 DES MOINES — A plan for a children’s mental health system that matches what’s available for adults in Iowa is getting support from advocates, but there are concerns the proposal doesn’t go far enough.

Mills County Supervisor Richard Crouch spoke at a statehouse hearing on the legislation.

The government’s Medicaid program and local property tax cover most of the costs of providing mental health care to Iowans. Local government officials say they need more flexibility in how to pay for services — and the system in general can’t be sustained under the current financing system. Others said the bill lacks deadlines for the state’s mental health regions to establish mental health services for teens and children.

Nina Rickman has adopted two children with mental health issues. She said the bill should establish a statewide hotline for individuals and families trying to find help.

“That would be so so helpful for families across the state to have a crisis hotline where they can call and they can get connected with services,” she said. “It would make it easy for people and, right now, it is anything but easy.”

“It’s the right thing to do. We don’t have a children’s mental health system now. We’ve been talking about it for decades,” Reynolds said yesterday at her weekly news conference. “…I like where the bill is starting, but like anything that goes through the legislative process this is an opportunity to address concerns or maybe gaps or hear from different constituencies if we’re on the right path.”

A Senate subcommittee has given initial approval to the plan this week.