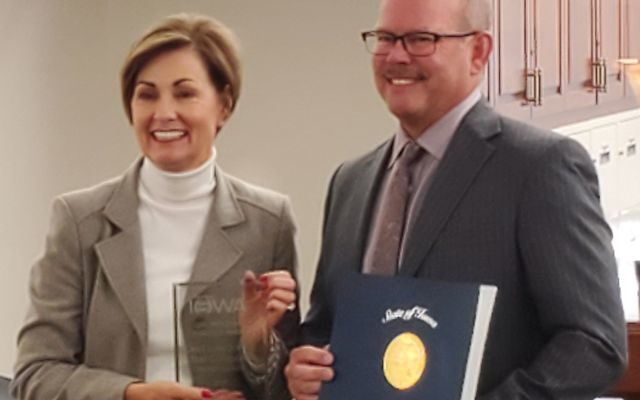 CLEAR LAKE — Governor Kim Reynolds is making two trips to north-central Iowa this week to hand out Give Back Iowa Awards, which is part of a campaign where businesses statewide encourage their employees to volunteer and log their hours as part of an eight-week challenge from April 1st through May 31st.

Reynolds tells KGLO News that volunteering not only makes a difference in the towns across the state, but the dollar value that it brings to the state is incredible.   “The statistics show that employers that encourage their employees to volunteer and give back, their productivity goes up, they’re more engaged, they love their job, and so it’s a win-win on so many levels. They logged an incredible amount of hours and it’s just a couple months that they compete for the award, but it’s very obvious that they don’t just do it over a couple months, that they are committed to their communities and giving back.”

Reynolds says she encourages businesses to start some sort of volunteer program.  “I would definitely encourage them to do it, and then they are an inspiration to other employers. That’s why we try to come out to the company and say congratulations job well done.’

Reynolds last month announced that she’s creating a new policy to encourage state employees to volunteer.  “I’ve seen the impact, I’ve seen the results that it has not only on the company but the employees, and that’s why we’re starting up a volunteer program for state workers. I just met with my team yesterday to walk through what the rules look like and how we can start. We are going to have to start kind of small but it will be just eight hours, but just to kind of get all of it up and running and make sure that agencies that may have a tough time with some of their employees making it happen, we want to make sure that they have the flexibility to do that.”

The last two years, First Citizens Bank in Mason City has won the medium-sized business award with Clear Lake Bank & Trust being given “honorable mention”, with the two banks flipping spots this year. Reynolds says along with the award to POET, she’s proud of the volunteer efforts in north-central Iowa.  “I’m telling you, they’re rocking up here and I’m proud of them. I said before I left, ‘congratulations, job well done, hopefully I’ll be back next year presenting you with another certificate’. So the challenge is on.”

The large-sized business winner was the Riverside Casino and Golf Resort in Riverside. For more you can head to volunteeriowa.org. 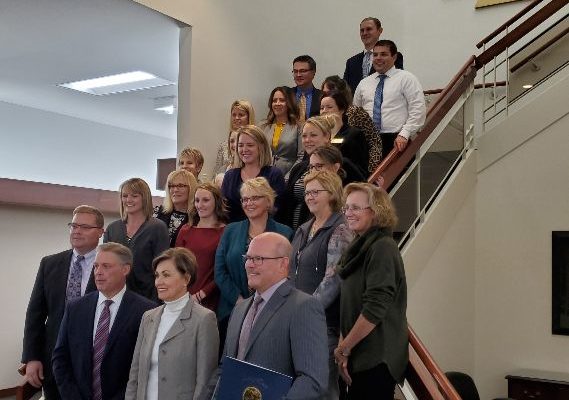