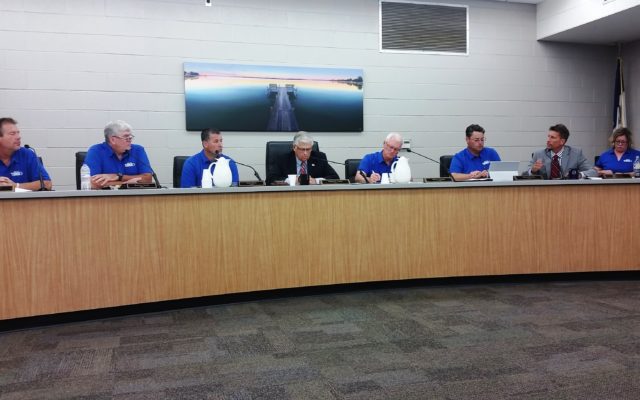 Northland Securities will provide advice and services related to future competitive sales of bonds and/or notes, especially general obligation bonds. Northland will also arrange with Moody’s Investor Service to determine what the city’s bond rating is.

City Administrator Scott Flory says the city hasn’t had Moody’s issue a bond rating since 1993 but he anticipates it will be high once their study is completed.  “Today obviously our hope would be that we go through the ratings process that we achieve a AAA rating, which is the very highest rating level possible. From that point it goes to a AA1, AA2, AA3. Hopefully we’ll be in that high-end category there.”

Flory says he wants to get the process of being rated started now so the city is ready when it needs to issue general obligation bonds to cover the costs of projects such as  the Courtway Park development.  “We’re probably on the early side of getting started on things, but the ratings process it’s going to take some time, and then the issuance process is going to take some time.

Flory says local banks have usually helped with smaller bond issuances by the city, but with bigger projects ahead, those issuances won’t be as attractive for the local banks to fully cover.  “Those have been smaller issues where, as we talked about what we anticipate in the future with the Courtway Park subdivision development project, getting ready for about a $4 million issue. That will be more than what the local banks here will have an interest in. They would certainly be interested in some of that debt,  but the rest will probably be with Chip’s firm or another underwriter might buy.”

The council unanimously approved the proposal.