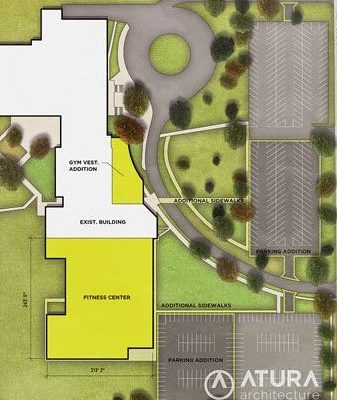 CLEAR LAKE — Clear Lake city and school leaders are ready to move forward with a bond issue vote in March for a new community wellness center. City and school officials have been exploring the concept of working jointly to construct the center on the south side of the high school gymnasium. Concepts for the center include additional gym space, a meeting space for seniors, space for exercise classes and an indoor swimming pool.

Superintendent Doug Gee says the school district is ready to move forward with the project and bond issue vote.  “What we’ve kind of decided to move forward with is the city is not necessarily in a position or ready to bond, which they would need to do. We’re going to do this in more of a phase-type approach, where the school’s going to do the initial phase and do things that the school would definitely need, like the walking-running type track, gym space, activity space. If you look at their participation level of our kids and the ability to get into a space,it is definitely needed.”

Gee says while the city won’t be part of the bond issue, the school district will formulate an intergovernmental agreement to have the city run the facility so the community could still have access to the facility. The Clear Lake School Board reviewed Gee’s proposal at their meeting last week, with Gee receiving positive responses to the proposal.  “You know I showed them the numbers, and really what it amounts to is the school district in a financial position where we could bond for about $17-18 million dollars and it not doing anything to affect our tax rate. That’s what we’re looking to do, and not all of that would be the facility. We are also looking at doing some upgrades to the Lions Field area and also the softball field, some classroom things we want to do, and we also have some safety things that we want to address.”

Over 740 people recently responded to a community survey about the proposed project, with 72-percent saying they’d use such as wellness facility.