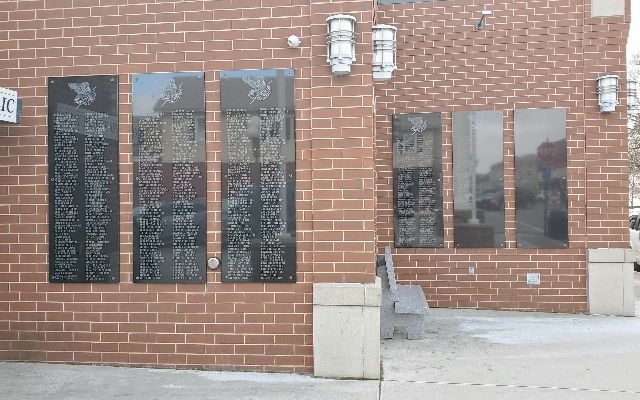 CLEAR LAKE — Dedication ceremonies were held Monday afternoon for the Clear Lake Veterans Memorial. Six large black marble slabs are mounted on the walls outside the VFW Post 4868 building which face the courtyard at the southern corner of 3rd and Main blocks away from the lake.

Memorial committee chairman Eldon Vine, a Korean War veteran who served in the United States Marine Corps, was the keynote speaker for the ceremony. Part of his talk revolved around a granite bench that’s also part of the memorial right outside the VFW front doors that carries the inscription “All Gave Some – Some Gave All”. Vine says all servicemen that went through basic training endured a vigorous time of instruction that had a lasting impact.

“That seems unnecessarily cruel, but there is a method or a reason for that. Certainly when someone survives that basic training, they no longer are naive about the world. They know that life is tough, in other words they become tough-minded, and if you ever go to combat, you need to be as tough minded as you can be from the onset. A lot of people criticize this rather rigorous early training, but it does have a purpose. I know I hated it at the time too, but as time passes you realize it’s better.”

Vine says the final three words of that line, “Some Gave All”, are very self-explanatory.  “Of those who experience all these other things, in combat or other perilous duty, end up being Killed In Action, killed in the line of duty, or they end up being Missing In Action, which is sad, that means at some point, the person dropped out of sight. We had a number of Missing In Action people in Korea. In another category, some because of combat end up really shattered in both body and spirit, also bad. So that’s ‘giving it your all. ‘All Gave Some — Some Gave All’,  that summarizes it.”

Any veterans or families of veterans who haven’t placed a name on the wall can get more information from the VFW. 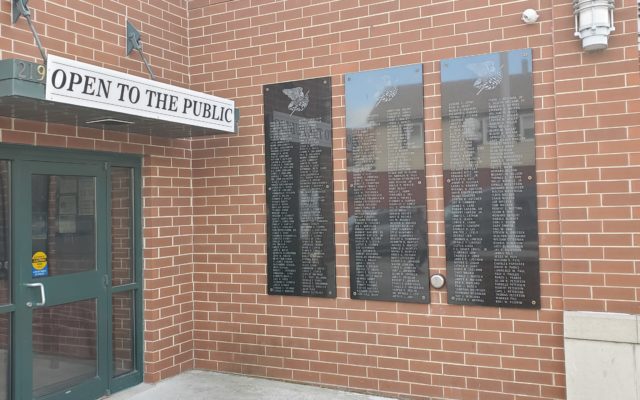 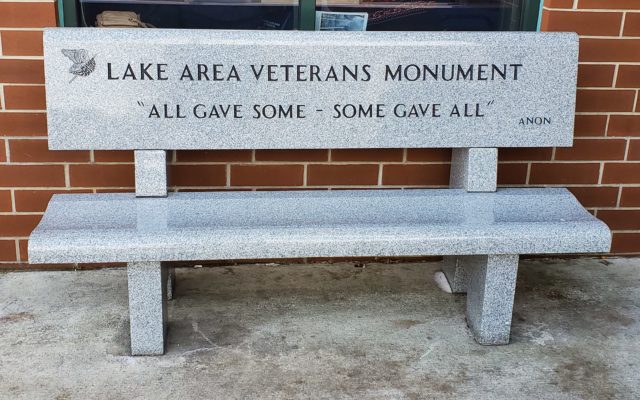