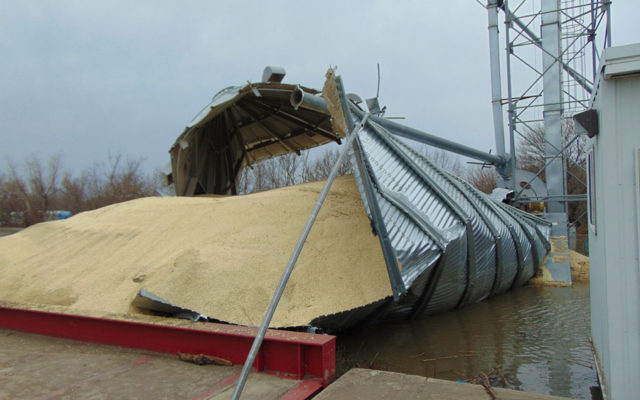 LOGAN — Iowa commodities group leaders are working with members of the state’s congressional delegation in hopes of getting federal disaster aid for stored grain that was contaminated and ruined by floodwaters.

Iowa Corn Growers Association president Curt Mether farms near Logan in southwest Iowa’s Harrison County and says any help they can get would be appreciated by farmers. “Some of the things that have happened, they know what to expect, but the grain that’s in the bin that they lost, that’s something kind of new,” Mether says. “Anything they can come up with to help with that would really be a big help. Even if it’s not a lot of money, it’ll help the mental attitude of the people. They’re going through a lot so it’ll be kind of a pick-me-up.”

Mether says most of his neighbors in low-lying areas of the county were severely impacted by flooding. While his farm is in better shape being in the hilly area of the county, he was hampered from hauling grain. “I can remember 2011 and this is way bigger than that. All of the little rivers were flooding, too, as well as the Missouri,” Mether says. “Even in the hills, the roads just got so soft. I had grain to haul and I just couldn’t haul it, we just had to wait. I’m hoping next week, after this rain spell passes, it’ll firm up again enough to where we can haul grain.”

Mether doubts many growers in his county will be able to get into the fields to plant anytime soon. “I think there’s going to be some preventive planning down in the bottoms. I just don’t see how it can dry up in time,” he says. “It sounds like the Missouri is working its way back up again, so we’ll just have to see.” The U.S. Senate took another stab at passing a disaster aid bill but failed. Now, Congress is in recess for two weeks so there’ll be nothing anytime soon from the federal government to help flood victims.

Mether says they continue to work with the National Corn Growers Association in lobbying Congress to get something done.