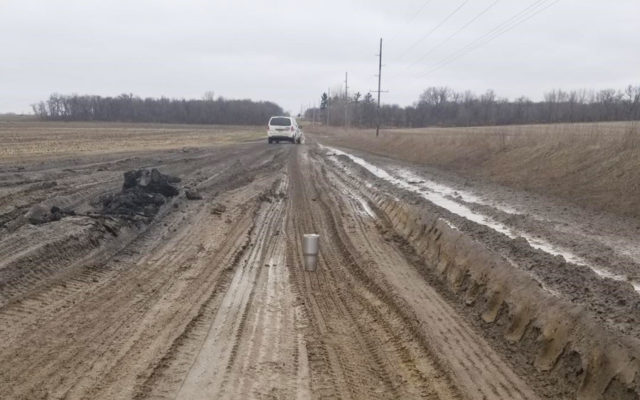 “We’re going to be putting a little larger rock in, so be about an inch and a half inch or inch and a quarter rock we put in there. We’ll let traffic beat that in for a while and then we’ll continue putting regular surfacing on those spots. In the interim, with inch and a quarter rock is out, it’s going to be a rougher ride and louder in those spots for a short period of time, but it should help firm those up a little quicker since the bases are draining out and the roads are getting their structure back, so it should help those spots at least for this year. I’m not guaranteeing next year but it all depends on how the frost goes next year.”

Billings says another item his office has been dealing with recently are reports of tile problems.  “There’s a lot of tile problems coming to light this year and some left over from last year, so it may be a thing where I’m going to look into getting outside assistance in getting some of those done. I can’t give you any more details on that at the moment because I have to figure out exactly how we’re going to handle that, but it is something I’m pursuing to help speed that along.”

Billings made his comments during his weekly report during the county Board of Supervisors meeting.