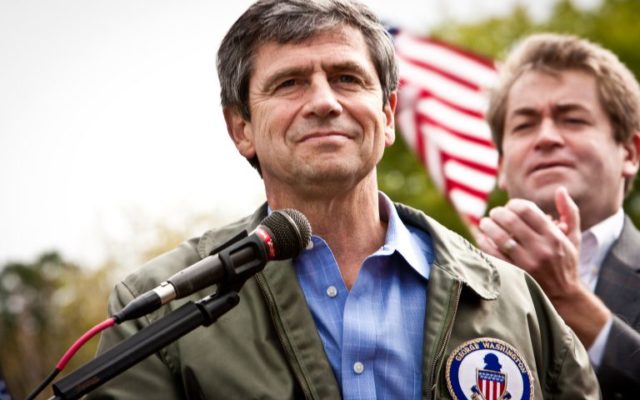 MASON CITY — A former two-term Pennsylvania congressman who served 31 years in the US Navy was in north-central Iowa last night, calling for the end of partisan politics in Washington.

Joe Sestak says he’s running not only because Democrats need someone who can beat President Trump but can also unite the country and have the trust of Americans. “Even when we disagree well, because they know that as president, I will always be accountable to them, above party, above myself, above any special interest. It’s what I did in my nearly two-to-one Republican district I represented, and I won my second election by 20 points and didn’t spend a penny on a campaign ad. We learned to disagree well, and I think if we don’t unite this country, there is no way that we will meet challenges that are before us, abroad or here at home, and that’s why I’m mostly running.”

Sestak is proposing a program he’s terming as “training for a lifetime” that would educate people better for multiple jobs skills.   “Why don’t we have programs that are focused so that when technology changes like for farmers here, they’re trained and retrained, training for a lifetime. We spend less than on labor training .001% of GDP, and yet, we’ll give loans for those to go to college or go to graduate school. We’ve got to remember, the Trump supporters and the Clinton supporters, the labor force, because I had them in the military. I had the plumbers my first job, I had the welders. They are the ones who built America and yet we don’t have programs that are focused on them.”

Sestak says he’s heard a lot about immigration in his travels throughout Iowa, with many people saying they want a wall along the southern border. He says he understands the need to protect our borders, but also to protect the economy.  “If it weren’t because women in America have had a birth rate that is less since 1970, of the need to replace those who pass away every year, we’d be in a population death spiral since 1970, if it wasn’t for immigration. So what we have to do is best protect our borders, but understand that immigration, we have to resolve this issue, because we’re going to need them to compete. That’s why Japan with no immigration policy has stagnated the last two years.”