Democrats calling for bigger boost in state aid to schools 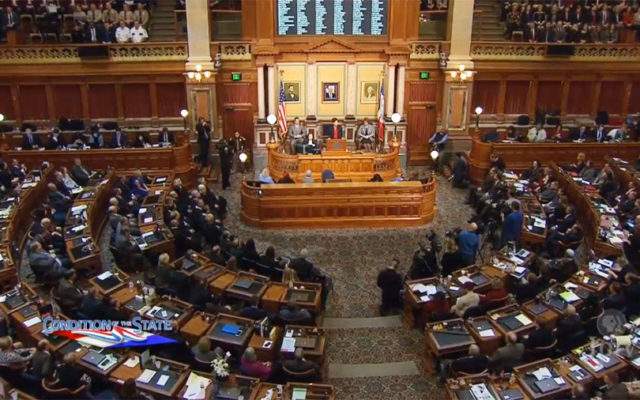 DES MOINES — Republican leaders in the legislature are embracing the main themes Republican Governor Kim Reynolds stressed Tuesday during her 2019 “Condition of the State” address — while Democrats suggest Reynolds isn’t calling for a big enough spending boost for Iowa schools.

“She makes a valid point, too, about the restoration of felon voting rights and putting that before the voters,” Schneider says.

House Democratic Leader Todd Prichard of Charles City says the governor could issue an executive order that would immediately restore voting rights to felons who’ve done their time, rather than waiting for the lengthy process of amending the state constitution.

“So I think there’s a short term and a long term goal here that should be part of the discussion,” Prichard says.

But how far that discussion may go is the question. A few Republicans have stated their outright opposition to a constitutional amendment on felon voting rights. House Speaker Linda Upmeyer, a Republican from Clear Lake, says the proposal needs thoughtful review.

“I think it’s important that at least we address restitution in some way. These crimes had victims…We need to look at the entire picture,” Upmeyer says, “but happy to take a look at it.”

“It actually takes a really good chunk of the budget, but still leaves room for some of the other priorities of Iowans,” Upmeyer says, “so I think that’s a good place to start the discussion.

Prichard, the House Democratic leader, says legislators should approve at least a three percent increase in general state aid to schools, to give districts with shrinking enrollment some financial relief.

The governor’s budget director says the chief justice of the Iowa Supreme Court will be asking legislators to approve a four percent pay boost for judges.