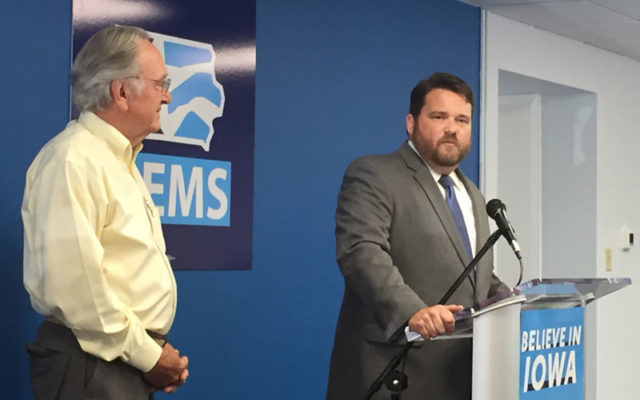 Virtual caucuses would have let those unable to get to a precinct meeting on Caucus Night participate ahead of time by phone. Iowa Democratic Party chairman Troy Price said over the next few weeks party leaders will try to find another alternative. Price held a news conference at party headquarters Friday  afternoon.

The Democratic National Committee had directed states like Iowa that hold Caucuses to make accommodations for shift-workers, disabled voters and others who can’t get to a Caucus Night meeting. In the end, though, national party leaders expressed concerns the results from the “virtual” caucuses in Iowa could be hacked.

“The federal government has not, didn’t when I was there and it still hasn’t — done anything to really build a cyber-secure system in America that both companies and the private sector, or political parties in this case, can rely on,” Harkin said.

One of the presidential candidates quickly posted a video on Twitter to voice his concerns. Former San Antonio Mayor Julian Castro blasted nationl party leaders for the decision.

“The DNC needs to get its act together so that it doesn’t disenfranchise tens of thousands of Iowans who would participate in the caucuses,” Castro said.

Castro urged party leaders to approve some way for people to participate in the Caucuses, even if they cannot physically attend on Caucus Night. Absentee balloting likely would prompt a show-down with New Hampshire’s long-time secretary of state, who would consider that encroaching on his state’s first-in-the-nation primary.