MASON CITY — A north-central Iowa drug kingpin convicted for the 1993 murders of three witnesses and two children is scheduled to be executed in January after the Justice Department says it will carry out executions of federal death row inmates for the first time since 2003.

Dustin Honken of Britt was convicted of the July 1993 murders of 34-year-old Greg Nicholson, 31-year-old Lori Duncan, as well as Duncan’s two children, 10-year-old Kandace and six-year-old Amber, at Duncan’s Mason City home. Honken was also convicted of murdering another informant, 32-year-old Terry DeGeus, four months later. Their five bodies were found buried in a field southwest of Mason City in the fall of 2000.

Honken was one of the Midwest’s early large-scale producers of methamphetamine and was sentenced in 1997 to a 27-year term for making and distributing drugs.

Honken’s girlfriend Angela Johnson was also convicted in connection with the murders and was sentenced to death, but her punishment was reduced to life in prison in 2014.

US Attorney General William Barr announced Thursday morning that he’s directed the Federal Bureau of Prisons to clear the way to resume capital punishment after a nearly two decade lapse.

Honken’s execution is scheduled to occur on January 15th of next year at the federal prison in Terre Haute, Indiana. 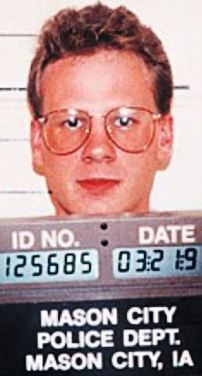