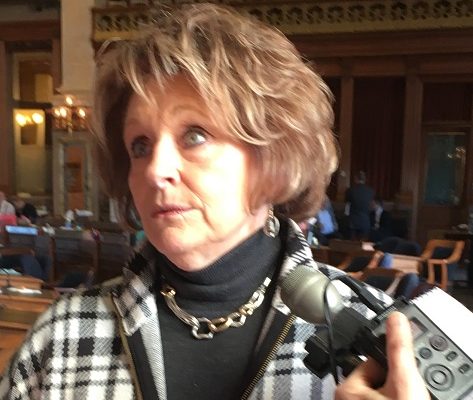 DES MOINES — The top Republican in the legislature says Iowa schools struggling with the number of “snow days” that are piling up have the option of extending the hours of future school days to make up for lost time.

A recent law change set the number of hours Iowa students are to spend in the classroom for an entire school year, not the number of days. House Speaker Linda Upmeyer, a Republican from Clear Lake, says at the beginning of the school year, many districts included extra hours to plan for expected snow days.

“At least initially they were not too concerned because they had plenty of time built in,” Upmeyer syas. “I think now we’ve had weather experiences that perhaps have gone beyond that, but they can add some time to the day to get that work in. They could do a Saturday or something to accommodate.”

Extending the school year later into June is not a popular option, according to Upmeyer.

“It’s really hard to keep kids’ attentions out far beyond Memorial Day,” Upmeyer says. “…I think schools will hear from families and they will make a decision that’s right for their school.”

Upmeyer says she’s intrigued by districts that are experimenting with “digital snow days.” However, state regulations do not let schools count the hours students spend doing that kind of online homework as regular school hours.