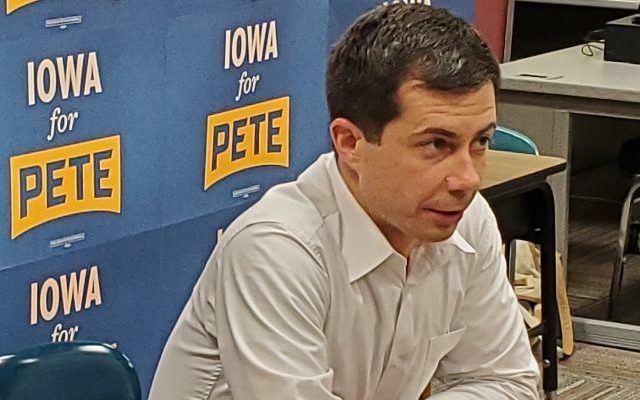 The data dump from 62 percent of precincts shows Pete Buttigieg in first place, with nearly 27 percent of delegates in those precincts. Bernie Sanders close behind with just over 25 percent. Elizabeth Warren was in third and Joe Biden was in fourth.

“The bottom line is that we hit a strumbling block on the back end of the reporting of the data,” Price said, “but the one thing I want you to know — we know this data is accurate.”

Price was asked if he was resigning. He told reporters he’s committed to seeing the party through the Caucus process and Price said whatever happens after that is to be determined.