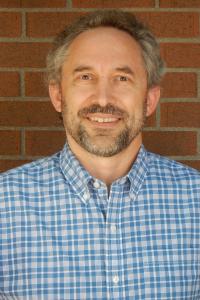 AMES — Some Iowa farmers won’t have any crops to harvest this fall as they won’t be able to plant anything this spring due to the flood-soaked soil.

Meteorologist Dennis Todey, director of the U-S-D-A’s Midwest Climate Hub, based in Ames, says some areas of the state are still underwater and the farmland in those areas has been inundated. “Things will probably be delayed for sure in those locations,” Todey says. “There probably will be some areas that will not be able to be planted this year, period. Delayed planting is an issue over the whole region because we have soil moisture, we have wet soils over the whole region, so any additional rainfall is going to be problematic.”

Many fields are littered with debris left behind by the flooding, including trees, metal fuel tanks, pieces of structures, and all sorts of trash, but it’s the smaller stuff that will be harder to remove. “The areas that are heavily inundated, the soils there will be degraded because of depositing of sand,” Todey says. “Silt is not so bad because that’s a bit better, but the additional deposits of sand will degrade the soils and cause some problems.”

Millennia ago, giant glaciers helped to form the land now known as Iowa, but this spring, we saw a much smaller, much faster example. “We had large movement of large blocks of ice so there’s a lot of damage done to things like bridges because of the ice,” Todey says, “and then other structural areas and other loss of soil because of large movements of ice over the regions.”

Todey says all of that is beyond the damages to roads, bridges and culverts that will take time to repair. Spring flood damage in Iowa is estimated to exceed $2 billion.