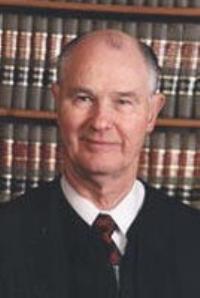 OTTUMWA, Iowa (AP) – The man who served longer than any other as the chief justice of Iowa’s Supreme Court has died.

Reece Funeral Home in Ottumwa says 90-year-old Arthur McGiverin died Sunday afternoon at Mercy Hospital in Iowa City. A funeral Mass is scheduled for June 21 at St. Mary of the Visitation in Ottumwa.

Supreme Court Chief Justice Mark Cady said in a news release Tuesday that McGiverin “will long be remembered for his steady leadership and all he did to improve our system of justice. He served with the utmost integrity and civility.”