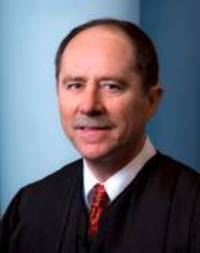 DES MOINES — An Iowa Supreme Court justice who stepped down to focus on his battle with cancer has died.

The spokesman for the Supreme Court has confirmed that Daryl Hecht, who resigned from the high court in December to focus on his treatment for melanoma has died. He was 66.

He was named to the Iowa Supreme Court in 2006. Hecht had returned to the court after undergoing treatment, then made the decision to retire to focus solely on his health.

Supreme Court Chief Justice Mark Cady said in a statement: “I always looked forward to spending time with Daryl when we both would travel to Des Moines for oral arguments and meetings. He was an enthusiastic student of the law and a strong advocate for his position when we discussed cases. He was also a great friend and we spent many hours talking about our families and events in our lives. I will miss him, greatly.”

Hecht is survived by by his wife, two daughters, and three grandchildren.