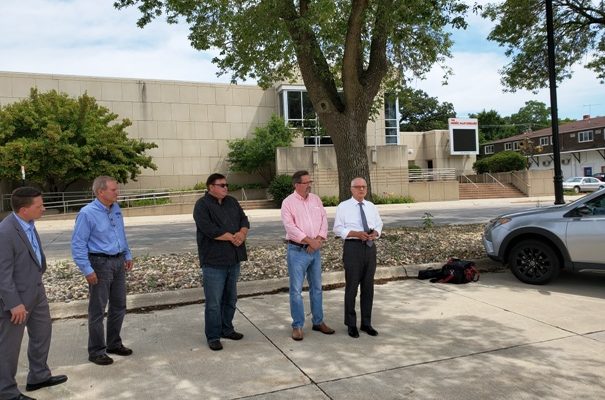 MASON CITY — An executive of the company chosen to develop the hotel and conference center that’s part of the River City Renaissance project says they’re glad to be back as part of the project.

Gatehouse Capital based in Dallas Texas had initially negotiated an agreement with the City of Mason City to develop the hotel in the eastern portion of the parking lot at Southbridge Mall, but the City Council in November 2017 decided to go with another developer that eventually defaulted on the project.

Gatehouse vice president Colin McDonald says while there was a great deal of city-level debate about the project, they are ready to start the first steps in moving towards construction.  “We firmly believe in the economics of the project. We believe in the opportunity. We really like the people of Mason City. I think they’re a great group of people and I think it’s going to be a wonderful partnership moving forward. I think the first hard part is over, now the next hard part is we’ve got a project to deliver and we will we will be delivering it.”

McDonald says although it’s a smaller hotel than what they might typically construct, it’s part of what he feels is a very complex project. “It has moving parts with the conference center and the access and connectivity with the Music Man Square, and our relationship with Music Man Square makes this a very unique opportunity for a hospitality product.”

McDonald says Gatehouse has several platforms in working with communities to develop hotel and conference facilities. He says they understand the catalytic nature of these projects. “We know what these projects entail.”

McDonald says his company is seeing more communities of Mason City’s size try to do projects that involve hotels and conference centers.  “There is a lot of, if you will, case work that shows the economic impact,  and for forward-thinking cities that have a more of an entrepreneurial flair that realize that you need to go one of two ways, you can invest in your community and support activity. or you can sit by and hope. I think there are any number of communities that have relied on hope, and it’s a competitive marketplace. It’s competitive for the skills to bring those projects together.”

McDonald was in Mason City last week as part of a site visit with city officials after the City Council at their July 23rd meeting approved a development agreement for the $24 million, 106-room hotel and convention center that fulfills the private investment requirement of the Iowa Reinvestment Act project.