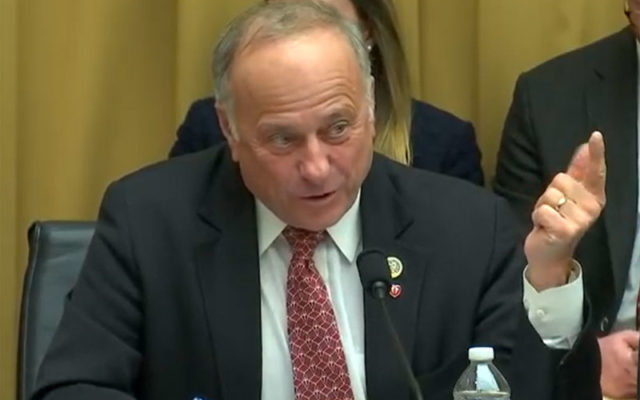 During an interview with The New York Times, King said he didn’t understand how the phrases white supremacy, white nationalism and western civilization had developed negative connotations. King said something similar in October, on WHO television, when he was asked to define “white nationalism.”

“It is a derogatory term today,” King said on WHO TV’s “The Insiders” program. “I wouldn’t have thought so maybe a year or two or three ago.”

Kevin McCarthy, the Republican leader in the U.S. House, has the authority to remove King from House Committees and McCarthy has indicated that is an option.

“That language has no place in America. That is not the America I know and it is most definitely not the party of Lincoln,” McCarthy said on “Face The Nation” which aired Sunday morning on CBS.  “…Action will be taken. I’m having a serious conversation with Congressman Steve King about his future and role in this Republican Party.”

King went on the floor of the U.S. House Friday, saying labels are being unfairly “hurled” at people like never before.

“I made a freshman mistake when I took a call from a reporter from The New York Times,” King said. “…One phrase in that long article has created an unnecessary controversy.”

King, who was just reelected to a ninth term in the U.S. House, said Friday that he is “an American nationalist” and he called white supremacy and white nationalism as “evil ideologies.”

King has been rebuked in the past few days by other Republicans. On Saturday, Senator Joni Ernst called his comments about white nationalism “offensive and racist.” Also Saturday, the Congressional Black Caucus called for King’s removal from all House Committees. On Friday, House Speaker Nancy Pelosi told reporters “there is interest” in taking some sort of House action to sanction King, although she did not say what is being considered.