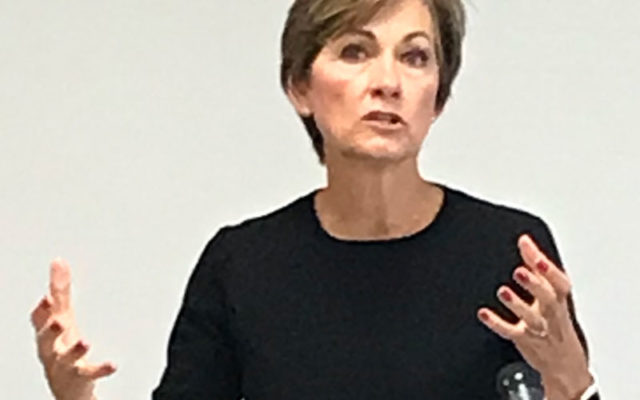 DES MOINES — Governor Kim Reynolds is breaking from predecessor and mentor Terry Branstad’s practice of having state agency directors present their spending outlines for the next budgeting year in a public forum.

Reynolds is meeting privately with the top bureaucrats in state government to go over items for next year’s state budget. “Really doing a one-on-one and walking through the bugdet and asking them: ‘You know, what are some initiatives that you’re working on? Where can we maybe take a look at some opportunities to help you do what you’re doing in your agency?’ And I have really found that to be very, very productive,” Reynolds, a Republican, told reporters Tuesday.

In the past two years, Reynolds hosted budget presentations in her office at thie time of the year, as Branstad did, giving legislative staff, the news media and others a chance to hear about agency priorities and the spending requests state boards and commissions had approved.

Later this month, Reynolds will host a hearing at the state capitol — as former Governors Branstad did — to give members of the public a chance to speak about state policy and spending decisions.