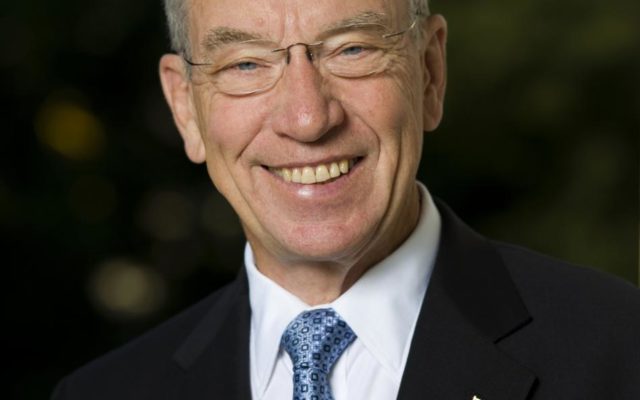 WASHINGTON — While the U.S. House passed a resolution to make public the final report investigating alleged Russian interference in the 2016 presidential election, the effort was blocked by Senate Republican leader Mitch McConnell.

The blockade of special counsel Robert Mueller’s report is perturbing to Iowa Senator Chuck Grassley, who says everyone should be entitled to read the final report. “We’re spending millions and millions and now those millions have added up, I guess, to 41-million,” Grassley says. “The public ought to know what they get for their money, so that’s why I think it ought to be made public.”

The report found no evidence of collusion and President Donald Trump has called for the report to be made public, but U.S. Attorney General William Barr intends to keep it under wraps, though Barr did release a summary. Grassley says if the full report is published, a few things should be redacted to protect the privacy of certain people.

“If somebody was investigated by Mueller and he didn’t do anything wrong and his name shows up in the report,” Grassley says, “he could have his reputation ruined if it comes out that Mueller was questioning a particular person.”

Grassley says grand jury testimony should also be excluded, should the full report come out. Still, even with those items removed, Grassley says the many hundreds of remaining pages of the report should be released. “I’m for transparency, not only in this case, but generally,” Grassley says. “You hear me use the word transparency because the public’s business ought to be public and $41-million was paid for this. Public officials did it and transparency brings accountability.”

President Trump says the Mueller report brought him “complete and total exoneration” as it did not establish that members of the Trump campaign conspired with Russians during the election. According to Barr’s summary, quoting Mueller, while the report “does not conclude that the president committed a crime, it also does not exonerate him.”