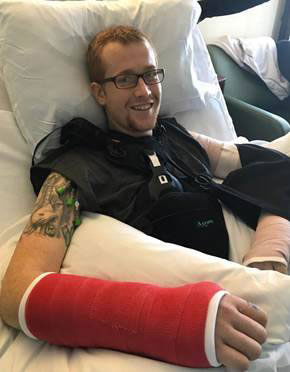 CLINTON — Clinton firefighter Adam Cain, who was critically injured battling a a fire earlier this month, is being released from the hospital today.

A news release from Clinton City Hall says Cain has met with his surgery team, trauma team and physical therapy team. All have agreed that the 23-year-old Cain has done amazingly well in his healing process. They have decided he can be discharged and cleared to go home with follow-up outpatient therapy.

Clinton Fire Lieutenant Eric Hosette died while fighting the fire at the city’s ADM plant on January 5th. The incident is still under investigation. Hosette was 33.