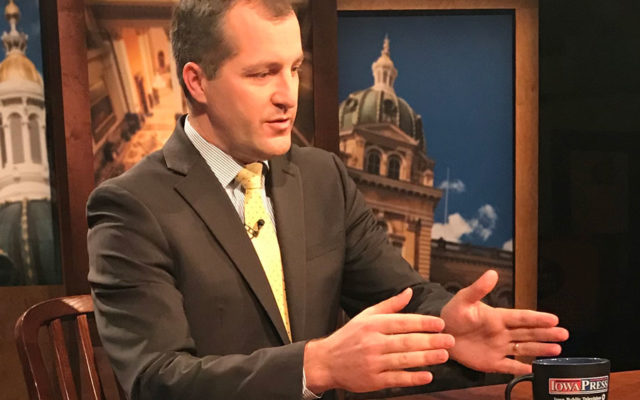 DES MOINES — The Trump Administration has announced another round of payments for farmers, to compensate for lower commodity prices amid trade tensions with China. Iowa’s Agriculture Secretary Mike Naig said it’s needed, because corn and soybean prices are below the cost of producing a crop.

“It does allow you a chance to bridge into next year and provide some needed assistance, so it’s welcomed,” Naig said shortly after the USDA announcement Thursday. “It’s appreciated, but we all wish we were in a different situation with trade.”

The first set of payments are scheduled to be made in late July or early August, but the final calculations aren’t set. The payments to individual farmers will be based on the impact trade has had on corn and soybean prices in their county. The assistance will not be determined by what farmers plant this year, but a farmer must have put some seeds in the ground this year to qualify for these payments.

Naig said farmers would prefer to trade rather than get aid, but the unresolved trade dispute with China, along with a pending U.S. Mexico Canada Agreement, have created havoc in the markets.

“The fact that the Trump Administration and USDA is rolling out a second trade assistance package is a good thing,” Naig said. “It’s needed.”

“And so when it comes to the economics, you can be patriotic and our folks are, but you’ve got to be in business next year as well and that’s increasingly becoming a concern,” Naig said. “Our message will continue one of needing to pursue these agreements with urgency, but remember this isn’t a one way street, right? We need China willing to come to the table and make a deal.”

While U.S. soybean sales to China have been healthy over the last several years, Naig said China has been blocking imports of U.S. beef, poultry, ethanol and corn. The Trump Administration plans to make nearly 15 billion dollars in payments to farmers in three waves — this summer, again in November and then in January.

“You would be hard-pressed to find a single Iowa farmer that’ll tell you this is a desirable situation, that we are even talking about what a second trade assistance package looks like,” Naig said. “Folks didn’t want the first one. We wanted to see progress and hoped to see progress in securing markets for our products. That’s what we want to do. Folks want to produce. They want to sell into a free and fair marketplace.”

And Naig said China’s marketplace has been the opposite of fair. Naig made his comments during taping of this week’s “Iowa Press” program that airs Friday night at 7:30 on Iowa Public Television.