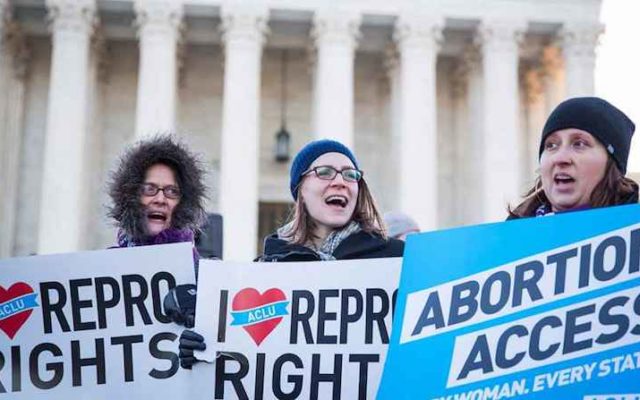 DES MOINES, Iowa – Rallies are being held in six Iowa cities today following the near-total ban on abortions signed into law in Alabama last week and ongoing efforts to pass similar laws in other states.

The Alabama law makes no exception in cases of rape or incest and authorizes prison sentences up to 99 years for doctors who perform abortions. Kristen Ford, national communications director with Pro-Choice America, believes the extreme measure is an attempt to criminalize women’s reproductive choice.

“What we’re seeing with these extreme bans on abortion, criminalizing the procedure, threatening doctors with jail time, investigating women for miscarriages and pregnancy loss, all of these things really fly in the face of the values of the vast majority of Americans,” Ford said.

Pro-choice groups say the wave of anti-choice legislation by Republican-run state governments is designed to bring the issue before the U.S. Supreme Court – the most conservative bench in many years – in hopes of reversing the 1973 Roe v. Wade decision that legalized abortion.

Eight states already have passed laws that could weaken the right to abortion, and other states are considering such legislation. Ford said the challenges to Roe v. Wade continue even though polls consistently show that Americans are more likely to be in favor of abortion rights than not.

“Last year in Iowa and North Dakota, there were six-week bans that were passed and then were struck down by the courts,” she said. “And the vast majority of Americans stand on the side of reproductive freedom. Seven in 10 Americans support Roe v. Wade.”

National Day of Action “Stop the Bans” rallies are scheduled in 350 cities across the US.