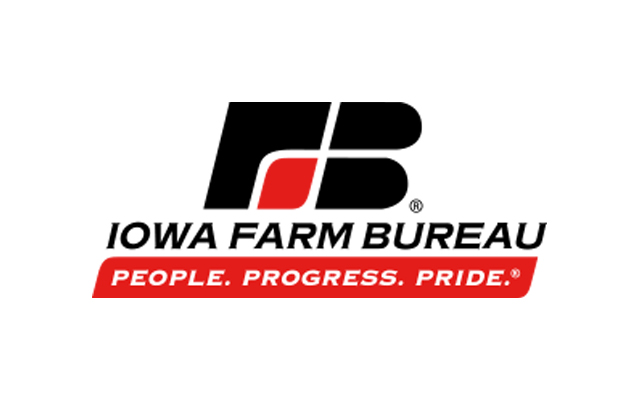 WEST DES MOINES, Iowa—September 27, 2022— Iowa Farm Bureau and the University of Iowa Athletic Department will celebrate America’s farmers at the 11th annual America Needs Farmers (ANF) Game Day, Saturday, Oct. 1 at Kinnick Stadium.  The highly anticipated matchup against the University of Michigan at 11:00 a.m. features two historic Big Ten programs, and the nationally televised matchup will showcase why the ANF program is as important today as ever before.

As part of the annual celebration recognizing the significance of Iowa agriculture, fans will have the opportunity to visit the ANF Legends Tent in Krause Family Plaza and play tailgate games from 8:00 a.m. to 10:30 a.m. with farmers for a chance to win exclusive ANF/Hawkeye prizes, such as clear ANF bags, koozies, wrist lanyards and more, while learning how Iowa agriculture plays a major role in our daily lives.  Fans will also have the opportunity to get autographs from the newest ANF Wall of Honoree and former NFL great, Tony Moeaki.

“The annual ANF game and tailgate activities serve as a great opportunity for fans to connect with Iowa farmers and learn about the diversity and innovation of agriculture today, while celebrating the importance of agriculture to our state and nation,” said Iowa Farm Bureau President Brent Johnson.  “Iowa farmers recognize the importance of this special event, and many are stepping out of their combines and away from harvest on their farms to interact with fans and answer their questions about agriculture and food production today.”

Like most Iowans, Moeaki didn’t grow up on the farm, but farming is still a part of his family’s legacy and something he credits when discussing his character and work ethic that embodies ANF.  Moeaki’s grandfather farmed in Tonga, raising livestock, grain and fish.  The farming operation provided enough food for his family and others in their community and generated enough savings to eventually bring his family to the United States.

“I am proud to have worn the ANF sticker on my University of Iowa football helmet, and being recognized as this year’s recipient for the ANF Wall is a tremendous honor,” Moeaki said.  “With my grandfather’s farming background and career playing for the University of Iowa, I’ve always had a strong affinity for agriculture and the farmers who raise our food, so it means a lot to be acknowledged as someone who shares that same dedication.”

The hard work and tenacity that embodies the Iowa farmer was evident during Moeaki’s playing days, where he persevered through a variety of injuries during his career.  Despite hardships and obstacles both during his collegiate and professional career, Moeaki regularly earned team leadership roles with the Hawkeyes and was named to pre-season award watch lists, including serving as offensive team captain in 2009 and recognition as an All-Big Ten tight end.  Following a decorated collegiate career, Moeaki was drafted by the Kansas City Chiefs in the 2010 NFL Draft and scored a touchdown in his first game as a professional on Monday Night Football.  He spent parts of seven seasons in the NFL and retired prior to the start of the 2016 season.

A gold ANF decal was placed on players’ helmets during the Hawkeyes’ 1985 Rose Bowl season by head coach Hayden Fry to show support for farmers during the 1980’s Farm Crisis.  The Hawkeye helmets still have the special decal on them today.  ANF serves as a longstanding tribute to America’s farmers, and IFBF and University of Iowa are excited to help connect Iowa’s farm families to consumers to learn more about the production of food, fuel and fiber and the farm families raising it.

Fans can show their ANF and Hawkeye pride by purchasing ANF merchandise during game day in shops around the stadium with a portion of the proceeds benefitting the Iowa Food Bank Association.  Since the ANF partnership began, more than $180,000 has been raised to feed hungry Iowans.

About Iowa Farm Bureau
The Iowa Farm Bureau Federation is the largest statewide, grassroots farm organization in Iowa, celebrating more than 100 years of creating a vibrant future for agriculture, farm families and their communities.  For more information, visit www.iowafarmbureau.com.