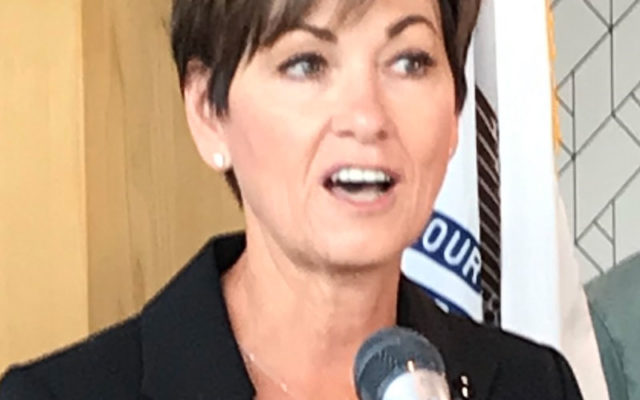 “My family has a lot of heart issues and I don’t. I’ve been healthy, but I don’t mess around with it,” Reynolds told reporters this morning, “and so everything checked out.”

Reynolds went to a Des Moines hospital’s ER 11 days ago after experiencing chest discomfort. She underwent a battery of tests, all of which were normal and Reynolds was released to go back to work at the capitol that day.

“You know, I started exercising and maybe my body reacted to that. Who knows,” Reynolds said.

Reynolds today held her first media availability since her trip to the hospital. Reynolds, who is 59 years old, told reporters she’s “just fine.” A day after taking all those tests she spoke at a national convention in Des Moines, swore in two new members of the Iowa Court of Appeals, and ended the day watching her grandchildren play baseball.

According to the Centers for Disease Control, the leading cause of death among women is a heart attack.