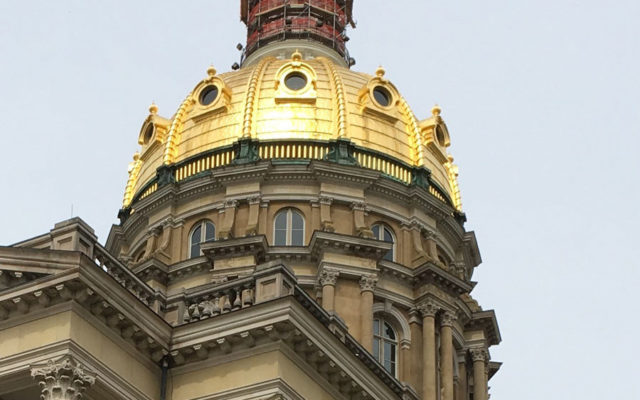 DES MOINES — The Republican-led Iowa Legislature has again endorsed a proposed gun rights amendment to Iowa’s constitution. Senator Brad Zaun, a Republican from Urbandale, said the amendment’s “strong language” is necessary “in case of laws coming out of D.C. or in case of any court decisions that would weaken our Second Amendment rights.”

Senator Tony Bisignano, a Democrat from Des Moines, was among those who suggested that if voters approve the amendment, it could lead to the repeal of current gun-related laws.

“Just say it. You don’t want any laws when it comes to guns and arms and ammunition and restrictions,” Bisignano said during Senate debate. “You don’t even want training.”

Legislators had discussed this same proposal before and had hoped to place the issue before voters in 2020, but the Secretary of State failed to meet a publishing deadline last fall, so the process has been restarted. 2022 is the earliest Iowa voters could decide whether to add the amendment to the state constitution.

Senator Zach Whiting, a Republican from Spirit Lake, noted a number of gun rights activists were at the capitol yesterday, lobbying for it.

“This constitutional amendment, if adopted by the people, is the single most important thing that we can do for the Second Amendment in the state of Iowa,” Whiting said.

Senator Claire Celsi, a Democrat from Des Moines, was a “no” on the proposal.

“I’m here representing one of the 90 percent of Americans who say they want universal background checks,” she said. “Those are the kind of laws that would keep guns out of the hands of those who have no business possessing a gun.”

Celsi went on Twitter to announce she had asked that security officers be dispatched to the balcony overlooking the senate, as she said supporters of the amendment sitting in the gallery were giving her “dirty looks” and she was “fully aware that most of them are carrying guns.”

The Senate approved the gun-rights proposal early yesterday afternoon on a 33-to-16 vote. The House took up the issue, too, and passed it last night by a narrower, 53-to-46 margin.