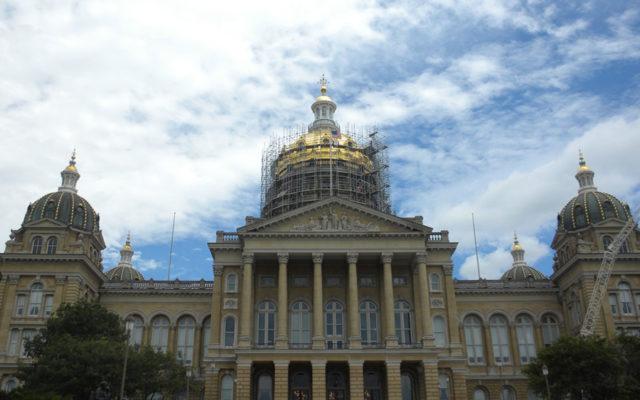 DES MOINES — The Iowa House has embraced a plan that would automatically give felons who’ve completed their sentences the right to vote in Iowa.

The idea, in the form of a proposed constitutional amendment, has been one of Republican Governor Kim Reynolds’ priorities. The House voted 95-2 in support of the concept. House Republican Leader Chris Hagenow called it a “bipartisan accomplishment.”

“Because our governor set this forth, it gave us maybe a little extra wind in our sails to get this done,” Hagenow said.

Republican Representative Bobby Kaufmann of Wilton indicated legislators will decide later how much restitution and fines must be paid before a felon gets to vote and whether some felons may never qualify to vote again.

“I do not believe that rapists, child molesters or murderers should ever have those rights back,” Kaufmann said.

“If you believe in the concept of redemption and that people can change and that they can come back into and be a functioning and contributing member of society, this is that bill that allows, in a large way, that chance,” Prichard said.

“I know with a constitutional amendment, it’s still going to take a little time,” Lensing said, “but I appreciate that we are on the right track with this.”

Key GOP senators like Brad Zaun of Urbandale have said they’re reluctant to automatically give any felon the right to vote after they’ve been released from parole.

“The bottom line here is that it’s going to be an uphill climb,” Zaun said.

Governor Reynolds issued a written statement Thursday afternoon, praising the “strong bipartisan vote” in the House and vowing to “continue working with members of the Iowa Senate to move the process forward, allowing Iowans a vote on this important issue.”