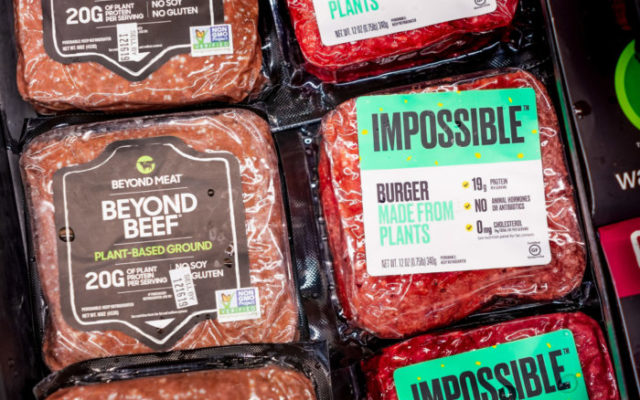 AMES, Iowa — Going into 2020, there’s continued excitement for alternative meat products and their benefits. But an Iowa-based expert says consumers should learn more about them.

Over the past year, the food world buzzed over items such as plant-based hamburgers, which are designed to taste like meat but have less impact on the environment than animal-based products. There’s also a perception they are healthier to eat.

Ruth Litchfield is a professor of food science and human nutrition at Iowa State University. She said the environmental benefits are there, but the health benefits may not be.

“My biggest concern about some of these products is not what the constituents of them are, so it’s not the ingredients that are of concern to me, but it’s the consumer perception that these are going to be nutritionally very similar to the traditional product,” Litchfield said.

For example, Litchfield said some plant-based burgers on the market are higher in saturated fat and sodium than the meat they are meant to replace. She said they also have less protein and a lower-quality protein.

She said much of the perceptions mirror what happened when many different styles of milk hit the market in recent years.

The Impossible Foods company recently unveiled plans for an alternative to pork. That has some worried about how it might harm producers in Iowa, which is the leading pork-producing state in the U.S.

But Litchfield said it’s too early to say how the new products might affect existing industries.

“It really could go either way, and it’s really going to depend on the consumer demand and the acceptance of these products,” she said.

Despite some of the hype and popularity surrounding alternative meat products, research has shown the U.S. consumption of traditional meats has rebounded in recent years.