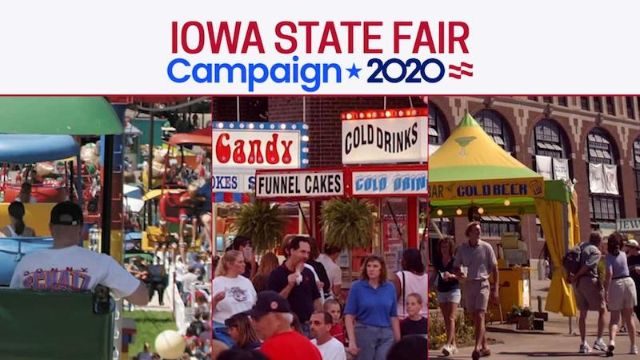 Pat Rynard, who started Iowa Starting Line in 2015, says candidates who attended the fair were paying more attention than usual to agriculture and how climate change is affecting Iowa farmers.

But they also were forced to address immigration and gun control after the El Paso shooting that left 22 dead occurred days before the fair began.

“It certainly changed what the candidates spoke about this past week and what the voters were interested in hearing, but that’s one of those moments that you’re able to see how a candidate might respond to it as president,” he states.

Rynard maintains most of those who heard the presidential hopefuls speak had four or five favorites, with no one candidate running away with a large segment of the Democratic electorate.

Iowa hosts the first-in-the nation caucuses on February 3 of next year, and while the rural state doesn’t select the eventual nominee, it will help whittle down the field prior to Super Tuesday on March 3.

Rynard says back in 2015, Bernie Sanders turned heads when more than 1,000 people came out to hear him speak at the State Fair. He says this year, four candidates drew those kind of crowds, including Sanders, Cory Booker, Kamala Harris and Elizabeth Warren.

Rynard maintains many voters still will be debating their top choice five months from now.

“I do still think with such a huge, fractured field like this, probably 50% of caucus goers are still going to be undecided about one or two months out from caucus night,” he states.

For the first time ever, the Iowa Democratic nominating contest next February will have a virtual option, with those participating able to cast their votes over the phone rather than attend in person.

The goal is to open the caucuses to more people, especially evening shift workers and people with disabilities, who might otherwise be unable to participate in the process.