Iowan who served as ambassador in Caribbean watching Dorian news 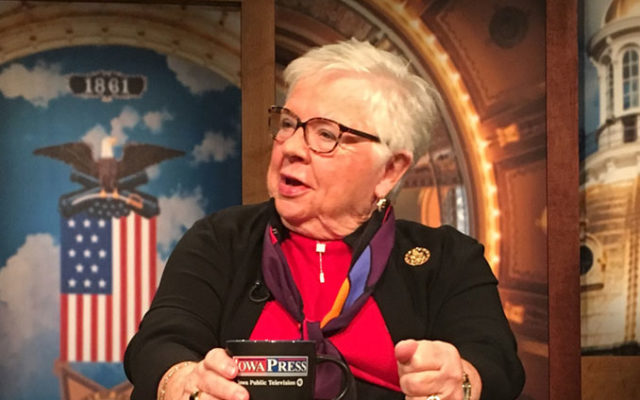 WEST DES MOINES — An Iowan who served as a U.S. Ambassador in the Caribbean says the images emerging from Hurricane Dorian’s aftermath remind her of storm damage she saw during her two years in the region.

Mary Kramer of West Des Moines served as Ambassador to Barbados and the Eastern Caribbean. “One day it is a beautiful island and totally lush and green,” Kramer said today, “and the next day there are only a few tree trucks sticking up and then three or four days later, the smell is awful because all of that greenery is rotting on the ground.”

Kramer served as ambassador from 2004 to 2006 to seven islands — and only Barbados was brushed by Dorian. Kramer was there when Hurricane Irma hit the island of Grenada in 2004.

“When you read their history you can read way back when people talked about the storm and the meanness of the storm and people being caught in it ’cause they didn’t have predictions,” Kramer said, “and some of these little islands, even today, don’t have any warning systems. The Grenada people didn’t know. It’s something that people don’t think about.”

Kramer said 15 years ago, the tiny island of Barbuda was so damaged by Hurricane Irma it was abandoned and she wonders if some of the smaller islands hit by Dorian may suffer a similar fate.

“The Bahamas have many little islands,” Kramer told Radio Iowa, “some very secluded, lovely spots for who people want to truly get away. Those will have completely disappeared.”

Kramer indicated the biggest worry will be getting food and fresh water to those who survived Dorian, as supplies must be shipped in to the islands — and reports indicate docks on the affected islands have been destroyed by the hurricane.