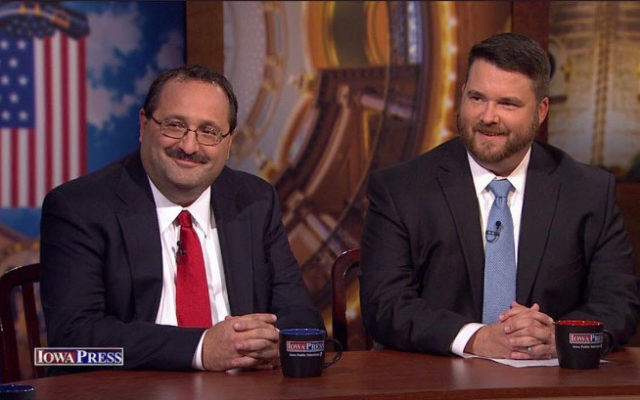 JOHNSTON — The leaders of Iowa’s two major political parties say they’re meeting with vendors and are planning to use the same “app” for reporting the results of the Iowa Caucuses on February 3, 2020.

Iowa Democrats — for the first time ever — will be holding a series of “virtual caucuses” before Caucus Night and Iowa Democratic Party chairman Troy Price says it takes time to put all the pieces in place.

“We’re working with security experts right now to make sure that we have the protections we need so that we don’t have any foreign interference or outside interference in our process,” Price says.

The Democratic National Committee has given tentative approval to the plan for virtual caucuses.

“In September, we’re going to start a robust education program around all of this,” Price says. “…In the month of May, I think I did 30 different events around the state talking about what the changes are to the caucuses and we will have more information on that when we get into the fall and when we have more of our processes figured out.”

Iowa Republican Party chairman Jeff Kaufmann says even though no candidate has campaigned Iowa to challenge President Trump’s re-election, Republicans also will cast votes on their presidential preference on February 3.

“Anything we do in terms of reporting, we would like to do together,” Kaufmann says. “We’re still in negotiations in terms of how we are going to do that, technology that we’re going to use.”

Kaufmann says about 95 percent of Republican precincts used the mobile app to report caucus results in 2016, while about two-thirds of Democratic precincts in 2016 submitted results electronically. Both parties operated a dial-in system for reporting results in 2016 and plan to do so again for the 2020 Caucuses. Kaufmann says the two parties “are in lock-step” when it comes to the mechanics of reporting results.

Kaufmann and Price made their comments during taping of the “Iowa Press” program that airs tonight on Iowa Public Television.