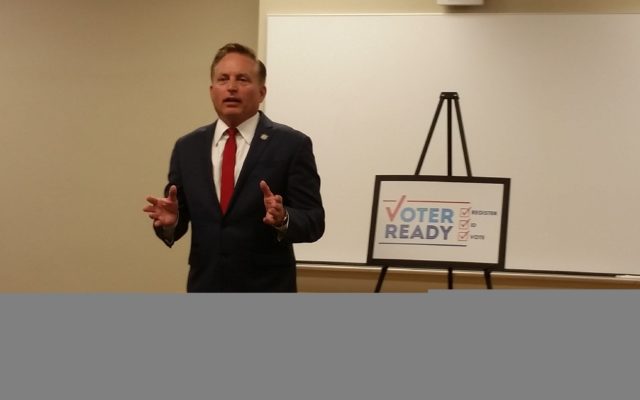 MASON CITY — Iowa’s Secretary of State says it’s important for people to vote in today’s city and school board elections.

Paul Pate says city government is the most efficient and effective level of government.  He says, “It’s the closest to the voter and is closest to the people who need the services. They’re your neighbors. When you talk about who’s going to decide how to make sure your neighborhood is safe, how many policemen, wherever they be, that’s local government. You’re going to have a fire department that’s going to be there when you need them. When you talk about key things like streets, you make taken for granted today, but I guarantee if you ever have a trash problem, you’re going to call you your city government and want to know where it’s at.”

Pate says especially in smaller communities, it only takes a handful of people to decide an election.   He says, “And talk about an impact, I can tell you right now, statistically more local races are impacted by a smaller number of people than you can imagine. 10-to-20 people could push an election one way or the other. So it doesn’t take having thousands, if you spend some time looking just looking at your phone contact list and making some calls, you could be the impacting force that got someone elected to one of these positions.”

Pate says every year there’s many elections that are decided by single digits, or in the cases of a tie, a name being drawn out of a hat.   He says, “I can tell you for a fact, we have many elections that are that close where you’re doing that, that are won and lost by 10 and 20 votes more than most candidates ever wanted to have happen. That’s here in Iowa and multiply that across the country. Every vote counts, and we want to make it as simple and easy to vote as we can, and we’re going make it is hard as we can for people to cheat.”

Besides winning elections to the Iowa Legislature and to two separate terms as Secretary of State, Pate won municipal elections in November 2001 and 2003 for mayor in Cedar Rapids.