Klobuchar campaigns in Mason City before heading back to Washington 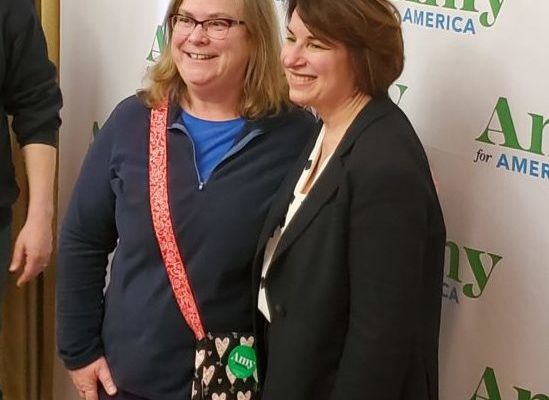 MASON CITY — Minnesota Senator Amy Klobuchar made one of her final campaign stops prior to tonight’s Iowa Caucuses in Mason City Sunday afternoon.

The theme of Klobuchar’s speech was decency.   “That’s what this election is about. It is that decency check for our country. It truly is.”

Klobuchar says Donald Trump is a bully who belittles people. “We need to build a beautiful blue wall around all of these gates of Democratic votes and make Donald Trump pay for it. That is our plan.”

Klobuchar says Trump has been empty on delivering several of his promises to voters four years ago, including bringing down the costs of prescription drugs.  “What we should be doing is building on the Affordable Care Act with a non-profit public auction, by finally taking on pharma. No one has a better track record than me in showing that I’m willing to stand up to those pharmaceutical companies, and as president I can get it done.”

Klobuchar, who serves on the US Senate’s Agriculture Committee, says she can represent the rural Midwest better than Trump.   “I have been involved in the negotiation of three Farm Bill, leading major, major provisions in those Farm Bills. I have a track record of passing bills for rural, and I get that in addition to the Farm Bill, it is about rural education, because it’s not one-size-fits-all. It is about rural hospitals. As our governor and lieutenant governor know, it is not one-size-fits-all. It is about rural broadband and trying to figure out cell phone service and trying to understand why in the world you’re able to get cell phone service and broadband in high-speed broadband in Iceland, which is covered in volcanoes, and not in certain corners of Iowa.”

Klobuchar spoke to about 250 people packed into Music Man Square on Sunday afternoon.