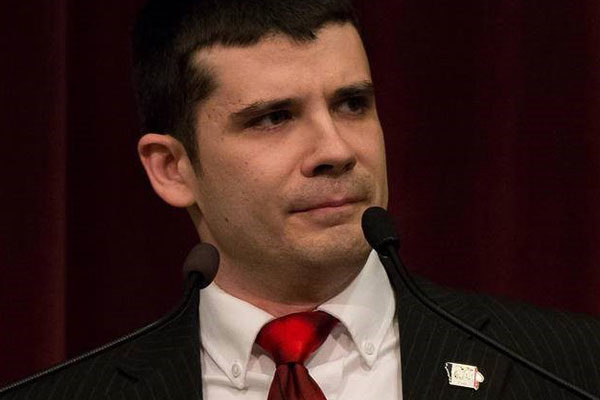 DES MOINES — The Libertarian Party of Iowa and one of its 2018 candidates have filed a lawsuit challenging a recent change in Iowa election law.

Jake Porter of Council Bluffs, last year’s Libertarian candidate for governor, said it will likely reduce the number of third party candidates who run for office.

“Voters should ultimately have options on the ballot and it goes against our democratic process to deny them options and that’s what this does,” Porter told Radio Iowa.

Since 1953, third party candidates have had until mid-August to submit the paperwork necessary to get their names on the General Election Ballot. The new state law that goes into effect for the 2020 election moves the deadline up five months, to mid-March. Porter said it increases the advantages Democrats and Republicans already have.

“I think it was done as part of what I call ‘The Incumbent Protection Act,’” Porter said. “A lot of times they don’t like challenges and I think that was probably why it was put in there.”

Porter said if the law stands and there’s more than one candidate vying for an office, some candidates who file papers in mid-March won’t get their party’s endorsement at summertime conventions.

“The Libertarian Party of Iowa and the Green Party — all their candidates would have to file at the same time that the Republicans and Democrats do,” Porter said. “Now, if we had a primary, that would make sense, but since we don’t, that means we cannot get on the ballot later on like it’s always been done.”

The lawsuit has been filed in federal court. The Republican Senator who helped steer the bill through the legislature has released a statement. Senator Roby Smith of Davenport said “moving the filing deadline forward for independent candidates simply treats them in the same manner as Republican and Democratic candidates.”