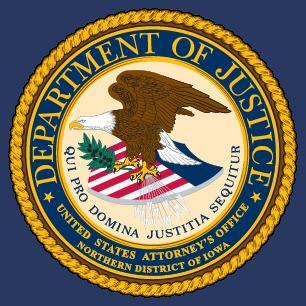 MASON CITY — It’s a year-and-a-half in prison for a Mason City car dealer who pleaded guilty to money laundering.

54-year-old Jerry Flaherty, who owns Wheel Man Auto, was accused of meeting with undercover law enforcement agents in March and April of 2014, agreeing to sell them a car for $20,500. Authorities say Flaherty believed the money he was being given came from the sale of illegal drugs, that he agreed to fraudulently record it as a $15,000 credit card sale instead of a $20,500 cash transaction, and put the title to the car under another person’s name.

Flaherty pleaded guilty last October and was sentenced by US District Judge C. J. Williams on Thursday to 18 months in prison and was fined $25,000. He must also serve a one-year term of supervised release after prison.