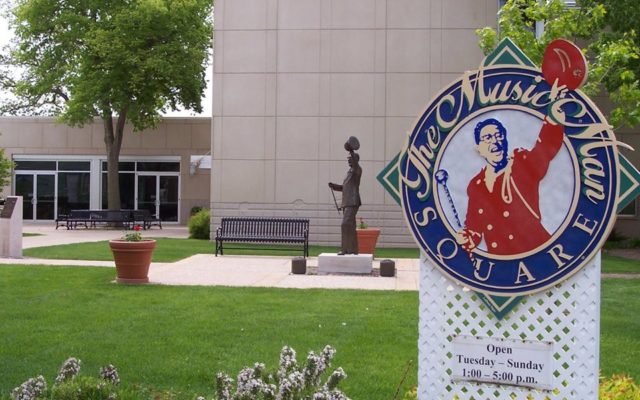 MASON CITY — The City Council in Mason City last night unanimously approved a $50,000 financial request from the board that oversees Music Man Square as part of their fundraising efforts.

The Mason City Foundation’s board of directors says the delays in the River City Renaissance project the last few years have added to the financial challenges they face and threaten Music Man Square’s long-term sustainability. As part of the first stage of a fundraising campaign to bridge the time between now and the opening of the new hotel and conference center that’s part of the downtown project, the Mason City Foundation asked the city for the grant.

The Meredith Willson Foundation in California, which has been the main source of philanthropic support for Music Man Square, has agreed to provide a matching grant, but has long expressed a desire to see financial support from the city and the community. The money is coming out of hotel/motel tax proceeds that the council could allocate as they see fit.

Councilman John Lee says the city’s contribution is a great way to kick off the fundraising campaign. “We all know non-profits are a constant struggle, year in and year out for five, ten. 20, 30 years. Also, with perfect timing for New York, and the Music Man. I know people have said ‘The Music Man, no one cares anymore’. Well, New York is about to prove it differently, and it’s about to become very relevant again. So I think this is good timing for them to kick off a campaign and so I support this.”

Councilman Tom Thoma says Music Man Square is a benefit to the community.  “Music Man Square brings in many, many tourists, and they spend far more than the price of admission to the Music Man Square. It’s a real benefit for the town, and I think that I have no problems at all approving it.”

Councilman Joshua Masson says he approves the grant since there’s plenty of money that’s been recently captured in the hotel/motel tax fund.  “So the way I look at it is, this is coming out of a reserve fund, so it’s money that’s not allocated for anything else. If this was coming out of the general fund, I think it would be a completely different discussion. It’s coming out of a rainy day fund, and my understanding from a discussion with Aaron is that the California foundation had previously liked to see the city kick in money, but we never have, and this time they’ve made it a requirement. It’s coming from a rainy day fund, and it sounds like it’s raining, so that’s what we do.”

City Administrator Aaron Burnett told the council in a memo prior to the vote that the city has a projected reserve of about $180,000 in funds from hotel/motel tax proceeds, and that revenues into that fund continue to be strong with the $50,000 grant not impacting any other commitments.