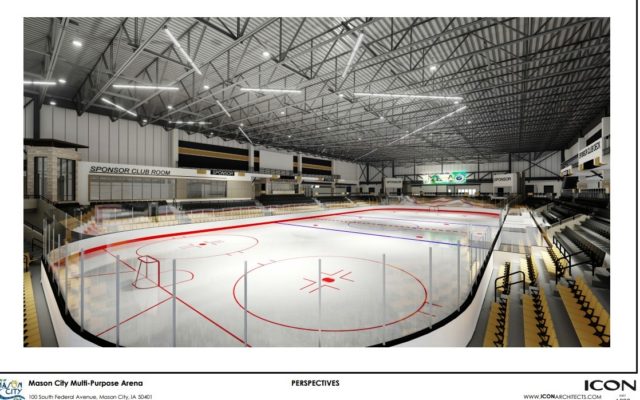 Dean Snyder Construction of Clear Lake was the lowest of three bidders for general construction work on the arena for $4.86 million. For the ice plant and floor work, Rink-Tec International of Little Canada Minnesota was the lowest of five bidders at just over $946,000, with an additional $85,000 for a voluntary alternative bid with that part of the project for dehumidification to bring their total bid to just over $1,031,000.

Mike Kuntz, the principal architect for ICON Architectural Group, the Grand Forks North Dakota-based company overseeing the project, says for the most part everything is on schedule and it’s time to prepare for starting in on the second bid package items.  “We’ve cleared the path with bid package one, really they are halfway done, so we need to follow up with the next bid package and get those contractors in there. I think we’re within a week right now of where we wanted to be, and that, considering some of the weather and other things we’ve had in the last few weeks, we’re pleased with that.”

Kuntz says the project so far is mainly on budget, with the only gray area being work on bedrock during excavation. “We’re working with the excavator right now on the bedrock, that’s kind of the unknown on what does that look like throughout the site. A few surprises there, but also a few things that are also offsetting that, so I think we’re managing that just fine. I can’t foresee any big hiccups at this point.”

While none of the bids included work for elevators in the arena, Kuntz says they’ll include that work in the third bid package that the council will approve next month.  “Absent of any prime bidders on that, and I think that’s really where they got hung up as we were asking them to be primed, so they needed to have bonding requirements and certain things like that. We’ve pushed that into bid package three, which we will bring to you in about three weeks, That will be the rest of the mechanical and electrical finishes, and we’ll include the elevator at that time. It was one of those things where it was nice to get it out of the way because it’s kind of a long lead item, it could be a 12-16 week lead item on those elevators, but we still have lots of time for that elevator.”

ICON last night also unveiled the artists renderings for the interior of the arena. Click on the photos below to enlarge. 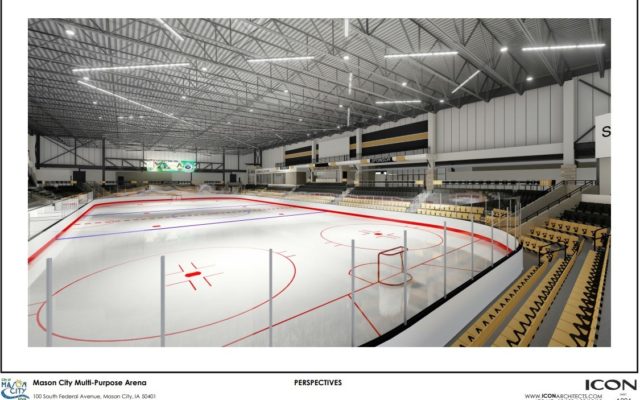 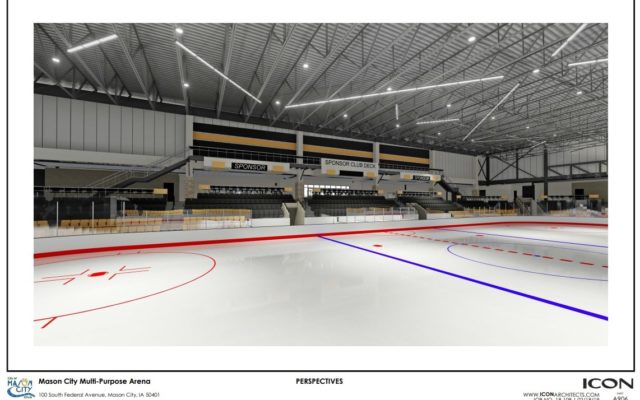 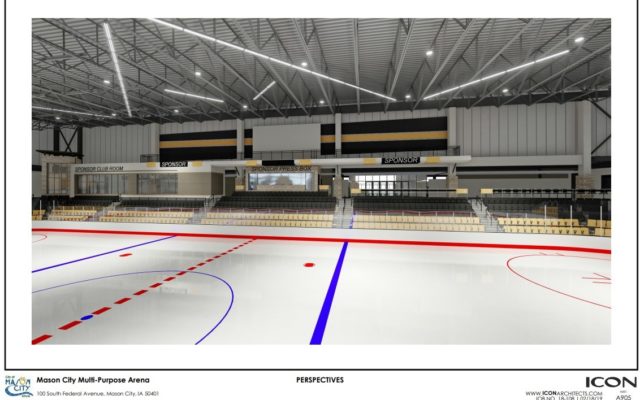