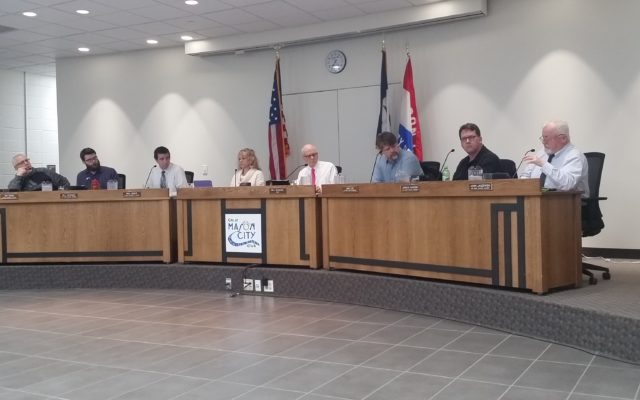 MASON CITY — The City Council in Mason City last night unanimously approved the details of the first bid package to start the process of constructing a multi-purpose arena as part of the River City Renaissance project. The arena will be constructed in the space formerly occupied by JC Penney on the west end of Southbridge Mall.

The 13-day bidding period started back on December 28th with bids due for this package on January 10th.  Matti Roinila is an architect with ICON Architectural Group of Grand Forks North Dakota, the group selected to design the arena. He says the first bid package involves demolition and excavation of the arena site. The first bid package includes things like: electrical demolition; mechanical demolition; concrete slab, exterior wall and interior partition demolition; and earthwork and mass excavation. “Anything that can’t be re-used in the new facility will be demoed out.”

Councilman Tom Thoma asked if the trade tariffs could have an impact on the bids on the project. Roinila says while nothing is out of the question with the project, it is a possible reality within the construction industry, but the timing and scope of the project may help. “It hasn’t gone to the full extent that a lot of us thought it might have in the past six months. Regardless, I think where we are in this bidding climate right now is very advantageous. Not too many winter projects during winter months have an enclosed building that you can do excavation, you can do concrete footing work. That’s a very big advantage of this project has in having somewhat of a controlled environment to do some of the initial legwork versus doing it in the winter months.”

Some have raised concerns about the impact of businesses leaving Southbridge Mall in the recent months would have on financing the project. Councilman Paul Adams asked Community Development Director Steven Van Steenhuyse to once again explain that the portion of the project’s financing from the Iowa Reinvestment Act deals with new taxes generated from the components of the River City Renaissance project. Adams asked, “The grant from the Iowa Economic Development Authority is hotel/motel tax and state sales tax that is rebated back from the state to the city only on the new hotel, only on the new arena, and only on the convention space correct?” Van Steenhuyse replied that it also included and tax revenue generated by the indoor/outdoor performing arts pavilion on the mall’s north side. “Any sales tax generated from any other business within the district don’t count toward that.”

The City Council is scheduled to approve the lease on the arena space with Southbridge Mall management at the council’s January 15th meeting. You can watch video from last night’s council meeting by clicking on the video player below