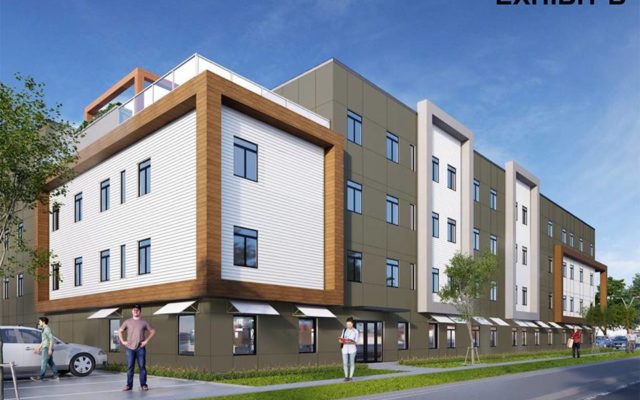 MASON CITY — The City Council in Mason City has set April for a public hearing regarding the construction of a $14 million, 133 unit apartment development in the downtown area. Talon Development of Sioux Falls is proposing to place the market rate housing development in what currently is the lower overflow parking lot south of Southbridge Mall. North Iowa Corridor Economic Development Corporation CEO Chad Schreck says this project will help fill a need in the community.

Schreck says one of the biggest concerns for business prospects looking at coming into the community is affordable mid-range housing.

Talon CEO Steve Boote says Mason City has a huge need for housing like this and that’s why he wants to put such a housing project here.

Talon is proposing to buy the land from the city for $50,000. The city by state law would have to consider any other qualified bidders for the land that submit proposals by April 8th. The council approved scheduling a public hearing about the project for their April 19th meeting.