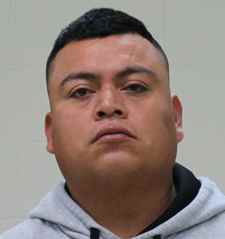 According to a criminal complaint, a sex act took place sometime in February or March between Ramirez and a 15-year-old girl at his residence located in the 500 block of North Adams. Police say that Ramirez was aware of the girl’s age at the time

Ramirez had his initial court appearance on Wednesday and was released on his own recognizance. He’s due back in court on June 7th for his preliminary hearing.

Third-degree sexual abuse is a Class C felony punishable by up to ten years in prison.