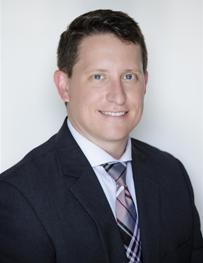 Aaron Burnett says the city is consistently focused on worker safety, and that safety is producing savings in the form of reduced premiums for worker’s compensation.  “This year, the city will see a reduction of over $40,000 primarily because of work-related injury claims decreased over the last few years. Efforts to evaluate tasks to create safe work environments are constant.”

Burnett credits department heads for their efforts in making sure employees are safe.  “While often overlooked, it is a great accomplishment of the department managers and staff to send employees home healthy and safe after they work for the city considering the strenuous nature of many of the jobs within the departments.”

Burnett was asked if work-related injury claims through the years typically come from one or two departments or a variety of departments.   “I think we’re seeing that across departments. A lot of times, you’ll see one injury will specifically drive a very large claim or something along those lines, and it looks back over many years when you look at workers compensation. I think when you look at those safety efforts, it’s really a citywide effort to try and reduce claims and look at potential hazardous situations that could create claims.”

Burnett made his comments during his report to the City Council at their meeting this week.