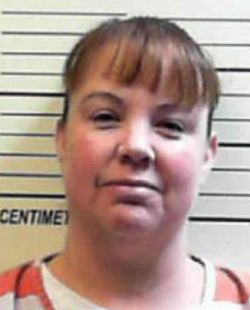 NORTHWOOD — A Northwood woman accused of receiving gifts and money after falsely claiming she had cancer has pleaded not guilty.

43-year-old Jennifer Mikesell is accused of claiming she had cancer and was being treated through the Mayo Clinic in Rochester. Authorities say in a criminal complaint that when a search of the Mayo Health System records was done that Mikesell was never diagnosed with or treated for cancer. Mikesell received a bedroom makeover from the non-profit group My Happy Heaven, as well as other money, gift and food donated to her.

Mikesell was previously convicted after being accused of writing checks from a Girl Scout account for her own personal benefit in January and February of 2015. She received ten days in jail after pleading guilty to third-degree theft.

Mikesell in the cancer scheme has been charged with ongoing criminal conduct, fraudulent practices, second-degree theft and four counts of forgery. Mikesell filed a written plea of not guilty on Monday in Worth County District Court. Her trial is scheduled to start on April 1st.